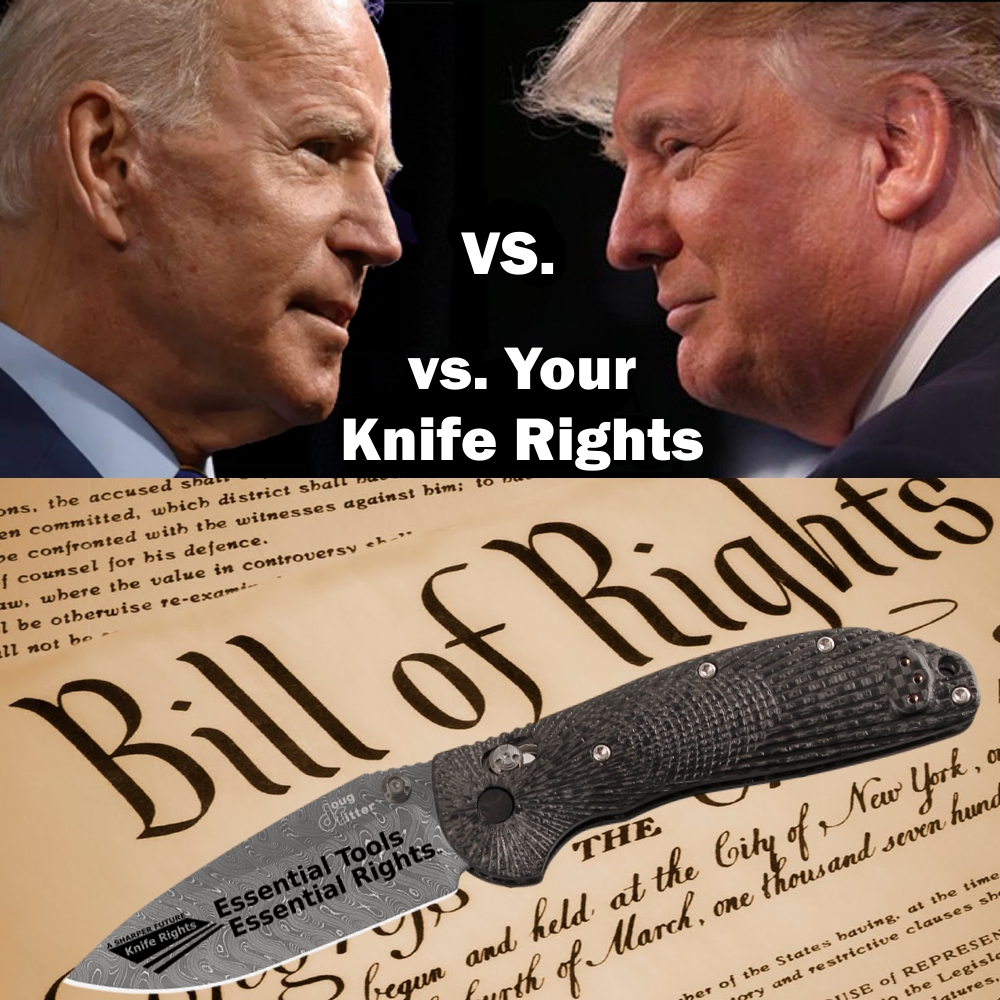 As a nonpartisan organization, with members and supporters of all political persuasions, Knife Rights has made it our policy not to endorse candidates, but we obviously still have an abiding interest in seeing politicians elected that respect knife owners and our interests. Moreover, since founding we have unabashedly been a Second Amendment organization, focused on protecting our right to own and carry knives, or whatever arms someone might choose.

We are occasionally criticized for being a Second Amendment organization, with some few claiming that it somehow impairs our efforts to rewrite knife law in America. Our record says otherwise. Thirty Two bills enacted repealing knife bans in 22 states and over 100 cities and towns since 2010, most with bi-partisan support and many with anti-2A sponsors, is proof of that.

Early voting is just starting and the most critical presidential election in our lifetimes is now in play. Yes, seems we say that every election, but that appears to be nonetheless true each time. If you thought that was true in the last election, it is clearly even truer this time around. I don’t think that there has ever been a more stark difference in viewpoint for the future of America than we have this election.

As a single issue organization, our specific interest is in how the election will affect knife owners and our rights. You may well have other issues that will determine for whom you vote, but our focus is on our knives and the Second Amendment. Regardless of who wins this election, Knife Rights will continue to fight for a Sharper Future™ for all Americans.

And, I realize that for many of you neither candidate is a particularly appealing choice, but this election is too important to sit out. One of these two candidates is going to win the presidency. One of them is going to determine the future course of this country with regards to our rights, for better or worse. Whoever is your choice, however reluctant that choice may be, be sure to vote. Your future and that of future generations is at stake.

Knives being “arms” protected by the Second Amendment is half of Knife Rights’ foundational principles expressed in our logo’s tag line: Essential Tools – Essential Rights™. While knives are tools used by millions of Americans at home, work and while recreating, sometimes they are also tools used as arms in order to protect one’s person or loved ones. In some areas of the country, they are the most effective legal self-defense alternative to banned or restricted firearms. 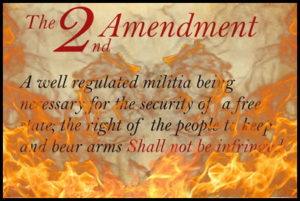 His running mate, Kamala Harris, is even more virulently anti-Second Amendment. Knife Rights has a history with her animus towards knives when she was California Attorney General. She pursued an asinine case that would have put many knife owners in serious jeopardy and set a very bad precedent. In the end, our side won by a unanimous decision at the California Supreme Court.

Biden has opposed expanding the Supreme Court (“packing” the Court) and the circuit courts with politically-driven appointments, a proposal being pushed by prominent Democrats and liberal political organizations. The aim is to ensure their agenda, including gun control, passes judicial muster, regardless of constitutional conflicts. However, Harris, who is, as they say, only a heartbeat away from being President, has said she is “open” to packing the court.

Given the already shameful treatment the Second Amendment has received by SCOTUS in the past decade under Chief Justice Roberts, and particularly this past year, anti-2A appointments would ensure the Second Amendment’s relegation to a second class right, able to be ignored for the most part by anti-2A politicians, essentially neutered.

Over his 47 years as a politician Biden has endorsed virtually every proposal, no matter how outrageous, to limit gun ownership and destroy the Second Amendment through bans, burdensome regulations, executive orders and confiscations.

The loss of Second Amendment rights by way of his and Harris’ anti-gun agenda would be certain to disadvantage knife owners as we fight to oppose irrational restrictions on our knives. And, as we have seen elsewhere in the world, once firearms are heavily restricted or banned, knife restrictions and bans follow. 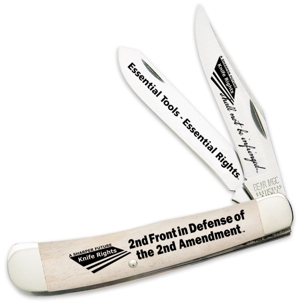 President Trump has been equally adamant in his pro-Second Amendment stance, though he has occasionally shown his ignorance of firearms and gun law related minutia. In the case of his bump stock ban, many believe this led his administration to overstep their authority, but the courts will eventually decide that issue.

The Justices and judges he has appointed generally have a record of opposing efforts to weaken the Second Amendment. Not a perfect record, admittedly, but overall much better than in the past. He has pledged to continue to emphasize a record of pro-Second Amendment decisions and positions in his judicial appointments going forward, as his latest additions to this list of potential SCOTUS nominees shows. Despite occasional policy disagreements, he has earned the endorsement of the National Rifle Association, saying he has “done more than any president to protect the Second Amendment,” as well as that of other Second Amendment organizations.

In a speech in Latrobe, PA, on September 3rd, President Trump noted, “I am standing between them and your Second Amendment.”

Again, regardless of who wins the election, Knife Rights will continue to fight for a Sharper Future™ for all Americans in the same nonpartisan manner as we have done for the past decade. But, reality is that our job is easier when we have more pro-2A legislators and leadership to work with.

We urge you to vote for candidates at all levels of government who respect and support the Second Amendment. Sometimes that vote may be hard to swallow because the candidate may not be your perfect Second Amendment supporter, but the alternative may well be even harder to swallow.

Not voting, or not voting for that specific candidate, is essentially a vote for the other candidate, and in many cases, a vote to destroy the Second Amendment.

Your vote is your voice and it’s your future, and that of others you care about, at stake. Do your civic duty-VOTE!

If you have not yet registered to vote, do so as soon as possible or you may miss your state’s deadline:  www.vote.gov