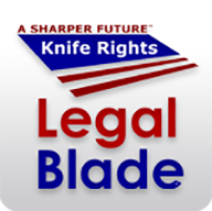 In a victory for law-abiding knife owners, the California Court of Appeals last week reversed a lower court’s absurd expansive ruling that a knife that could be “wrist-flicked” open was a “switchblade.” The lower court made the faulty ruling despite an explicit provision in California law that distinguishes and protects one-hand opening and assisted-opening knives with a bias towards closure and despite prior Appellate Court rulings upholding that exception. These common folding knives represent over 80% of the U.S. market and the legislature clearly wanted them to be legal when they clarified the original switchblade law.:

“Switchblade knife” does not include a knife that opens with one hand utilizing thumb pressure applied solely to the blade of the knife or a thumb stud attached to the blade, provided that the knife has a detent or other mechanism that provides resistance that must be overcome in opening the blade, or that biases the blade back toward its closed position.

This is essentially the same exemption that was added to the Federal Switchblade Act as a result of Knife Rights’ and its partners’ efforts to clarify the federal definition in 2009. We laud the Appeals Court on its decision and a well-written opinion, but it is unfortunate that the defendant had to undergo the extreme harassment and stress to him and his family and friends that comes with such an experience due to the ignorance and apparent anti-knife bias of the law enforcement officer, prosecutors and the lower court involved. We’d also like to acknowledge the successful efforts of the defendant’s court appointed lawyer who clearly presented a strong defense. Hopefully, this will be the end of this sordid travesty of justice by the state and there will be no further appeal.

You can read the Appeals Court opinion here: www.kniferights.org/G045929.pdf

This is a perfect example of why Knife Rights is working aggressively and proactively to change knife laws in our country. As we eliminate irrational knife laws prohibiting certain types of knives, or clarify existing knife laws to protect common folding knives, we ensure fewer law-abiding citizens will fall victim to similar bias and ignorance. Knife Law Preemption, pioneered by Knife Rights and now the law in four states, ensures that citizens can expect uniform enforcement throughout their state. We cannot wait for more bad things to happen before fixing the law; we have to change the law for the better NOW!

Support Knife Rights TODAY and help us create a Sharper Future™.Donate Today and DOUBLE the VALUE of YOUR Year End DONATION and YOU Could WIN a PRIZE!