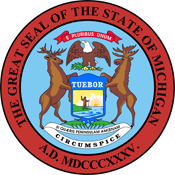 Note that double-edged blades, including those in an automatic (switchblade) knife, remain prohibited from concealed carry.  All other restrictions on knives in Michigan statute remain in effect.

Knife Rights Chairman Doug Ritter noted, “this is a great day for Michigan knife owners, but there is still plenty of work to be done to rid Michigan of its remaining archaic and vague knife restrictions. Knife Rights will keep working until Michigan’s law-abiding knife owners are free to carry any blade they want.”