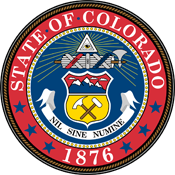 Colorado Governor John Hickenlooper today signed SB 17-008, the bill to repeal Colorado’s switchblade and gravity knife ban. Congratulations to sponsors Sen. Owen Hill and Rep. Steve Lebsock for their effective leadership in moving this bipartisan bill thorough the legislature with overwhelming votes in both houses. Thanks to everyone who called or emailed the Governor urging him to sign the bill.

Knife Rights was pleased to be able to assist the sponsors in moving this bill through the legislature. Knife Rights’ Director of Legislative Affairs, Todd Rathner, traveled to Denver to lobby the bill at the invitation of the sponsors, overcoming objections raised by some legislators. We’d also like to thank Sen. Hill’s constituent, retired Air Force Master Sgt. John Bloodgood, whose request was the inspiration for this bill and who did a great job supporting the bill in testimony at the hearings.

Note that the repeal does not become effective until 90 days after the current legislative session ends. That would make enactment August 9, 2017.  Until enactment, possession of automatic and gravity knives remains illegal in Colorado. Also worth noting is that once enacted and the ban is repealed, automatic knives will be subject to Colorado’s concealed carry blade length limitation of 3.5 inches or less.

We’d also like to thank the American Civil Liberties Union, the ACLU of Colorado and County Sheriffs of Colorado for supporting this important criminal justice reform bill.

Colorado is the twelfth switchblade ban repeal passed since Knife Rights passed the nation’s first repeal of a switchblade (automatic) knife ban in 2010 in New Hampshire. Since then we have passed repeals of switchblade bans and repealed other knife restrictions in Alaska, Indiana, Kansas, Maine, Missouri, Nevada, Oklahoma, Tennessee, Texas, Wisconsin and now Colorado’s ban is repealed.