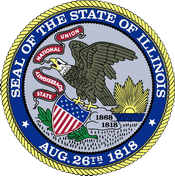 The bill to partially repeal Illinois’ switchblade ban, SB 607, has passed the Senate by a unanimous vote. This bill allows possession of automatic knives by those who have a Firearm Owner’s Identification (FOID) Card, which allows the individual to purchase firearms and ammunition. This is not a possession with CCW bill, as some have suggested. The bill also allows for manufacture and sale of automatic knives by those not holding a FOID card.

Illinois currently has a complete ban on switchblade (automatic) knives, including manufacture and possession by anyone. Illinois was the last state to allow concealed carry of firearms, in 2013, and remains one of the most restrictive states in terms of Second Amendment rights.

This same bill, as SB 2294, last year barely missed being passed, lacking only a floor vote in the House before time ran out before the vote could be held. We are hopeful that this year we’ll be able to get it done.