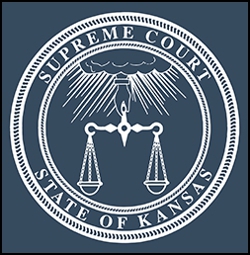 While not obviously applicable to most reading this, this is actually an important judicial victory for all knife owners. In an opinion dealing with felons in possession of weapons, the Kansas Supreme Court held a critical portion of the statute unconstitutionally vague. While the decision dealt specifically with this felon related statue, it is relevant to many statutes with similar vague language. While the precedent it sets in Kansas is limited to that state, it will be cited in cases in other states where similar catch-all phrases (technically, a “residual clause”) leave too much discretion to law enforcement and prosecutors to unfairly persecute knife owners.

Somewhat amusingly, but on point, so to speak, the opinion by Justice Stegall noted that, “[F]iguring out when an object is a ‘knife’ because it is a ‘dangerous or deadly cutting instrument of like character’ is not as easy as one might suppose. See, e.g., Crocodile Dundee (Rimfire Films 1986) (‘That’s not a knife … That’s a knife.’).”

Thanks to Eugene Volokh for the pointer. You can read his Reader’s Digest version of the opinion on The Volokh Conspiracy at: https://reason.com/2020/07/29/kansas-knife-statute-held-unconstitutionally-vague

In 2013 Knife Rights was responsible for enactment of Knife Law Preemption in Kansas, repealing dozens of local knife restrictions and preventing any future local restrictions, as well as repeal of the ban on Switchblades, Dirks, Daggers & Stilettos.