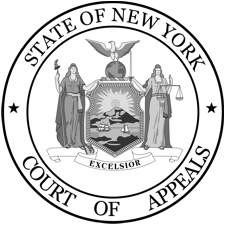 In response to the unfortunate decision last month by New York’s highest court which upheld the conviction of a defendant for having an illegal switchblade, when in fact he had an assisted opening knife, a Motion for Reargument and an Amicus Curiae Brief were both filed Monday.

The motion for reargument notes that the defendant’s pro bono attorneys provided ineffective counsel, at least in part due to their own ignorance of the differences between an assisted opening (spring assisted) knife and a switchblade. Beyond that, the fact that the Court made its one-paragraph decision via an abbreviated procedure without oral argument suggests that the Court had no idea that this decision could adversely impact hundreds of thousands of law-abiding New Yorkers who posses assisted opening knives.

Our thanks to knifemaker Ken Onion, who invented the first commercially successful assisted opening knife, and to Joe Mc Swiney of SOG Specialty Knives & Tools, both of whom provided affidavits that supported the Motion. In support of the Motion for Reargument, funded by Knife Rights, an Amicus Curiae (friend of the court) Brief was filed on behalf of Ken Onion and Knife Rights Foundation.

The Amicus Brief provided additional factual support for the differences between an assisted opening knife and a switchblade and for the widespread impact this decision would have on owners of assisted openers in New York.State, or anyone traveling through the state with an assisted opener.

While we hope that the Appeals Court will allow for reargument of this case and that in the end we will prevail in overturning this problematic decision, but for now, discretion is the better part of valor with regards to assisted-opening folders in New York State.

And, just to be clear, this assisted-opener issue that covers the entire state of New York is entirely separate from New York City’s gravity knife arrests and prosecutions; as well as New York City’s administrative code prohibiting open carry of a knife (including being clipped to a pocket or “printing”) and its under 4-inch blade length limit. Details at: https://kniferights.org/legislative-update/new-york-city-administrative-code-knives/

Knife Rights’ record of 29 bills repealing knife bans at the state and local levels in 21 states in the past 8 years is unrivaled. With your support, Knife Rights is rewriting knife law in America™.

PLEASE DONATE TODAY in the Ultimate Steel to Support Knife Rights and you could WIN! ALL Donations ALSO Eligible for OVER $10,000 in Tail End Bonus Prizes!

Alternatively:
CLICK HERE to make a TAX DEDUCTIBLE donation to the Knife Rights Foundation to support this continuing Federal lawsuit. NOTE that donating via this link does NOT enter you into the Ultimate Steel.