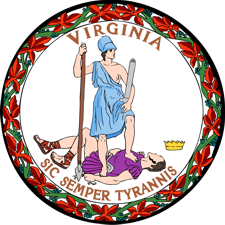 In response to the multiple instances of attacks in churches and other places of worship, Senator Richard Black has introduced SB 1024 that would repeal Virginia’s ban on carrying “a gun, pistol, bowie knife, dagger, or other dangerous weapon” to a “place of worship while a meeting for religious purposes is being held.”

If enacted, this bill would clearly allow carry of any Virginia legal knife in a place of worship. Last year this bill was passed by the Senate, but was never taken up in the House.