The Texas House Criminal Jurisprudence Committee held a hearing yesterday for HB 956 that would remove from statute a number of places where Location-Restricted Knives (having blades over 5 1/2 inches) are banned. Knife Rights Director of Legislative Affairs, Todd Rathner, gave testimony on the bill at the hearing (photo below). This bill hearing and vote came about only after Todd spent weeks lobbying in Austin to gain support for the bill and to get the bill scheduled for a hearing.

After sponsor Representative Harold Dutton (standing on left below) closed his own testimony by asking the committee to “free the knives,” HB 956 passed out of the committee on a unanimous bipartisan vote. 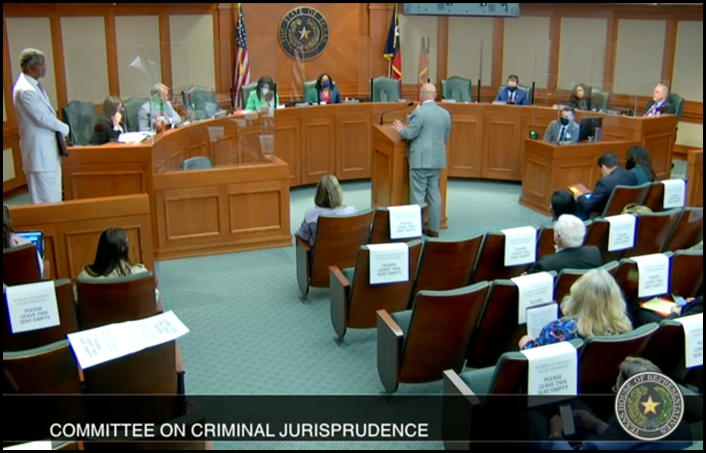 HB 956 would remove restaurants and bars that derive 51% of their income from sale or service of alcoholic beverages, amusement parks and places of religious worship from the places where Location Restricted Knives are banned.

We will let you know when need you to contact legislators to support this bill.