The Making of Freedom’s Steel™ 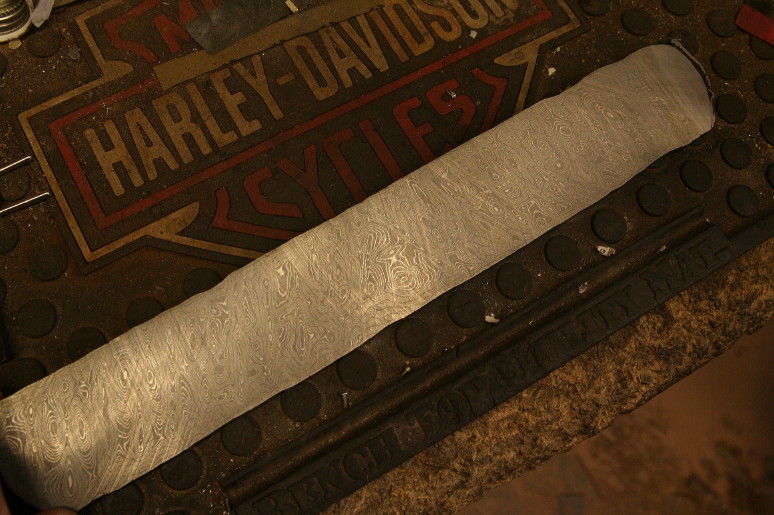 Chad Nichols’ stainless Damascus billet. It is an unusual Wedged Ladder pattern.
Note the upside down “V” in the middle. On either side of the “V” are randomized ladder rungs. 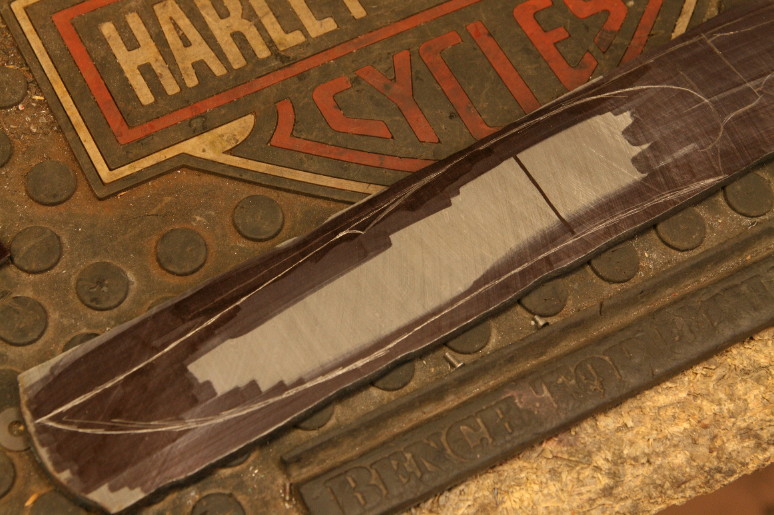 I’ve laid out the blade shape on the billet. The narrow black line is in the center of the “V” in Chad’s pattern. 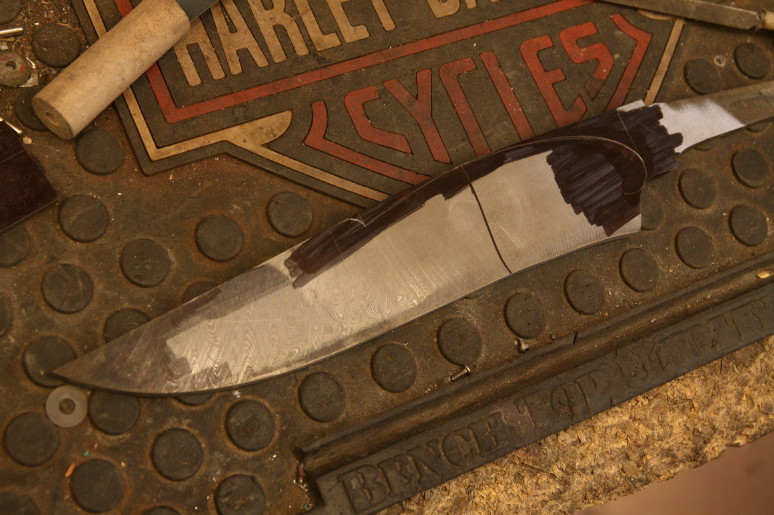 The blade is profiled. It will be approximately 9″ long when finished. 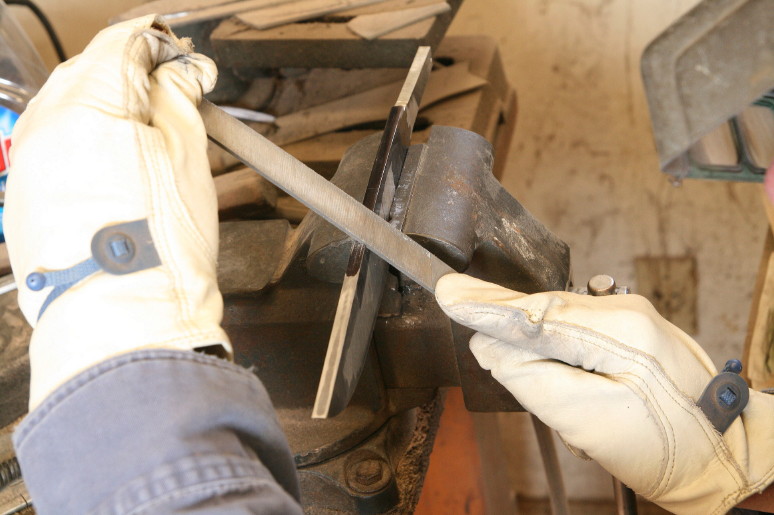 I am cutting in the design element at about the mid point along the back of the blade. Yes, it’s real hand work! 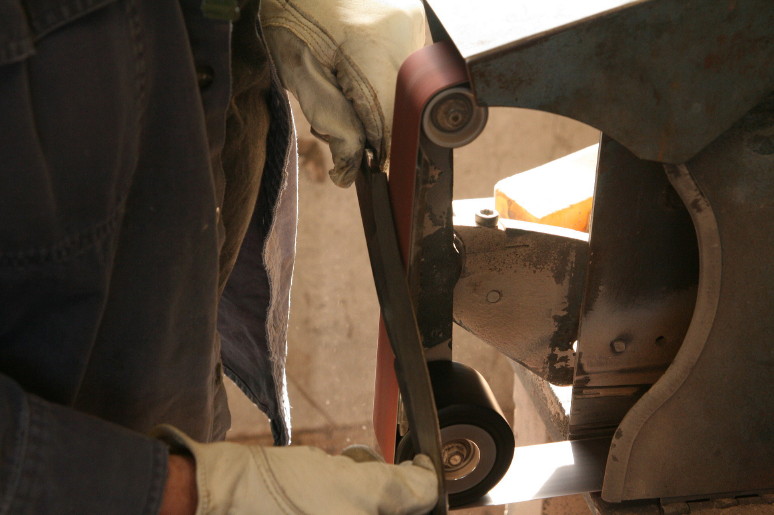 The blade bevels being hand ground on the belt grinder. 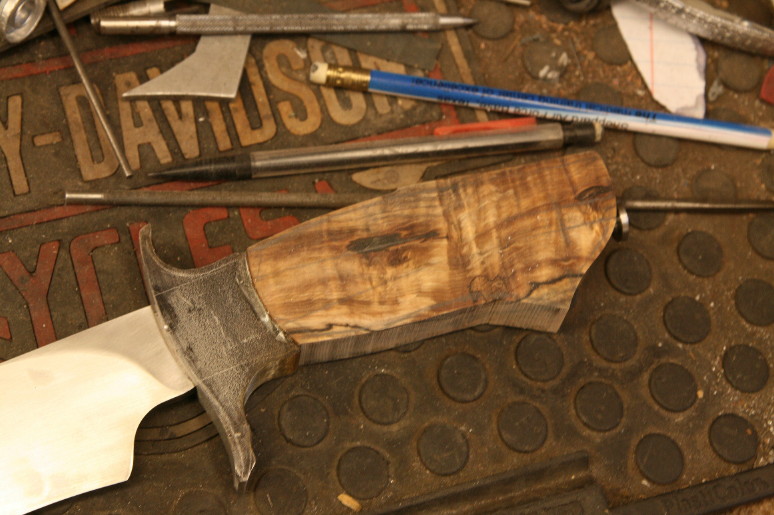 The blade is now finish ground. The carving will be done later. The guard and handle have been fitted and roughed in. 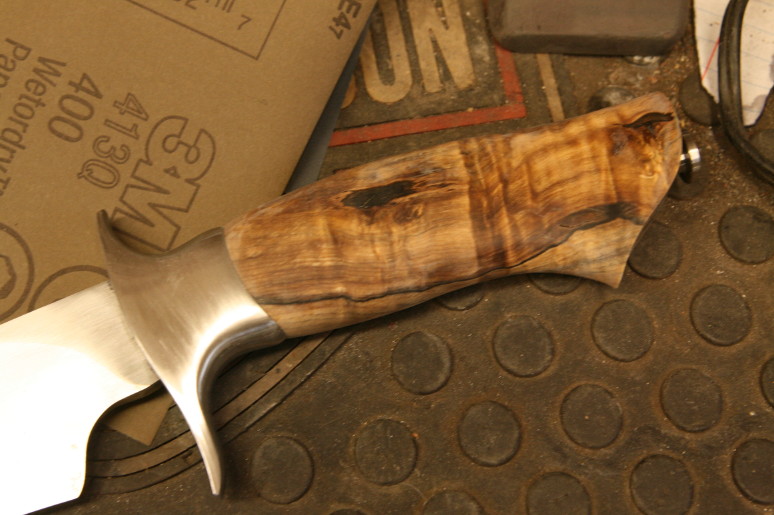 Here you can see that the guard is to its final shape. The handle is also ground to a near finished size. Next the finish will be laid down on the guard and sent off to the engraver. The handle and blade will be carved. By the time the fittings return the knife will be ready to assemble. The knife is held together by the threaded finial at the butt. This will be engraved along with a matching frog stud for the sheath. The parts are on the way to the engraver. 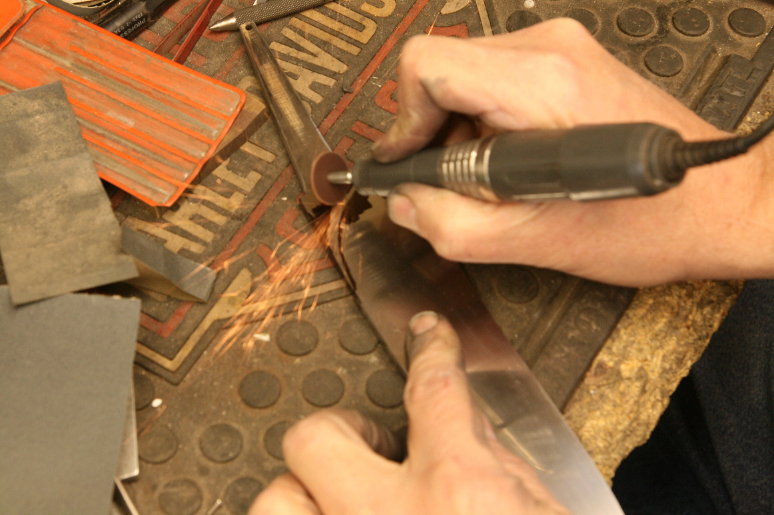 The blade is finish sanded, and I am cutting in the plunge. 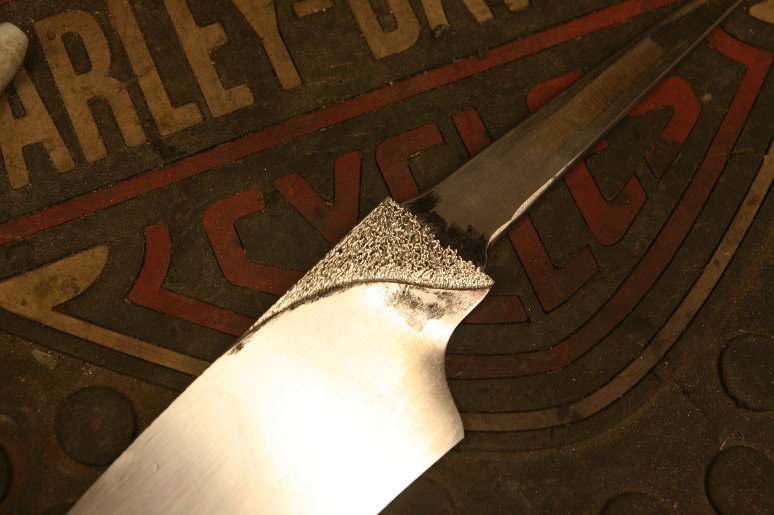 All the texturing is now complete. 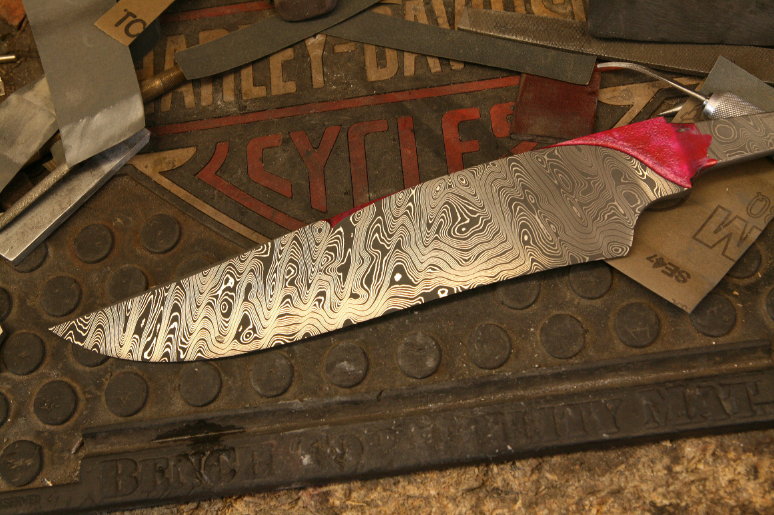 I painted the textured areas with nail polish to protect them from the etch. The bevels have been etched
in a caustic salt. The blade is now complete except for sharpening its edge. 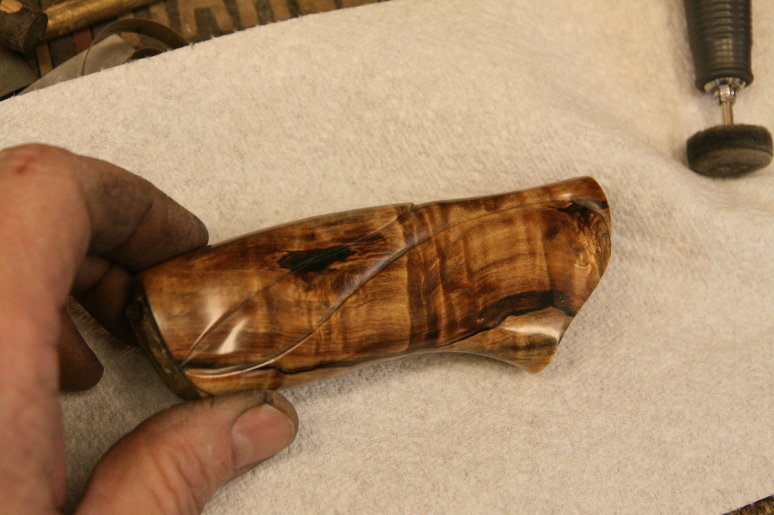 The carving on the handle is complete and I am in the process of sanding and polishing it. 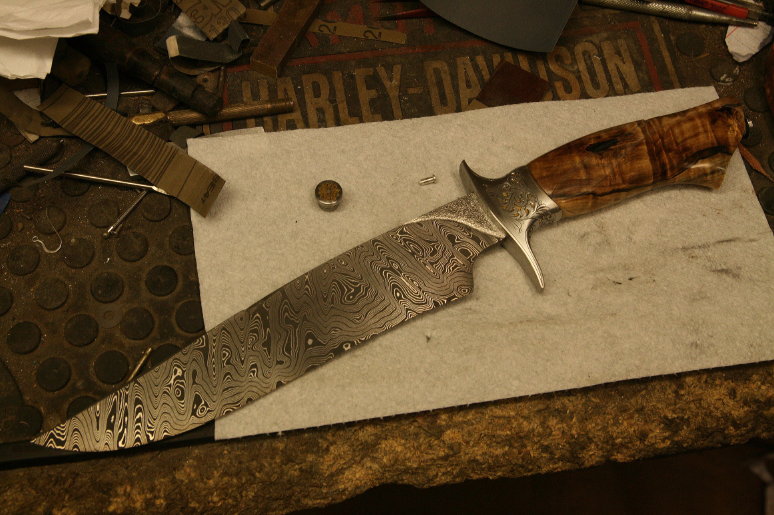 The final test fit before assembly. Everything fits properly, so it’s time to mix up the epoxy.

Everything came out just right! Chad’s steel is great with nice pattern definition. Leonard’s engraving works very well with my guard, and his gold in the relieved background is a nice extra touch. Bill sent one heck of a nice piece of wood from his stash of George Washington’s horse chestnut. Now the knife will be sent off to Paul for the sheath. 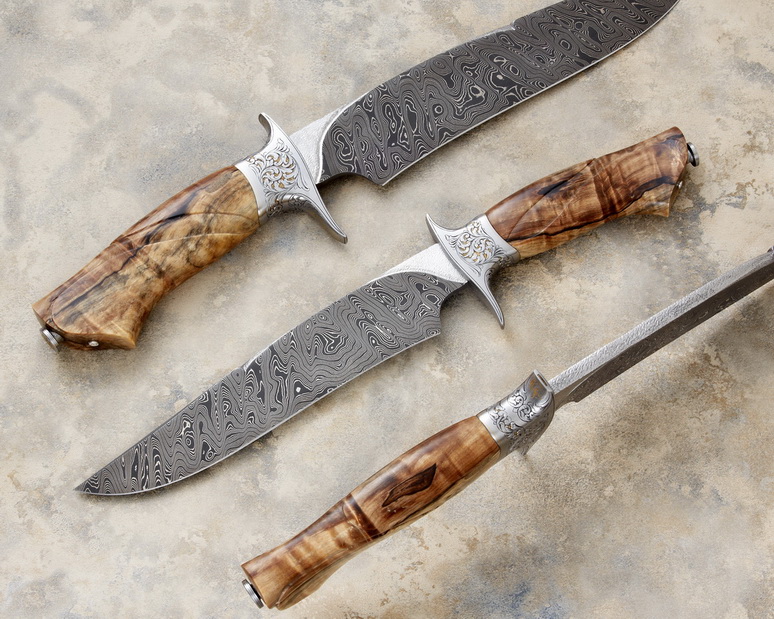 Photo by Terrill Hoffman
Click here for the full details of Freedom’s Steel.