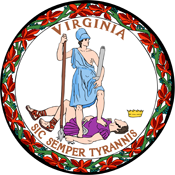 An effort yesterday to override Virginia Governor McAuliffe’s veto of House Bill 1432 failed. That bill would have repealed Virginia’s switchblade ban including, for the most part, allowing concealed carry.

This was the unfortunately predictable outcome based on our assessment of the politics in the Virginia legislature. Even if the override had somehow succeeded in passing the House, despite the odds against it, the effort would certainly have failed in the Senate.

Knife Rights supported this bill even though we had concerns with the language. Unfortunately, despite everyone’s best efforts it failed. Knife Rights remains committed to repealing Virginia’s switchblade ban. We look forward to working with all stakeholders during the 2018 session of the Virginia General Assembly to repeal this onerous and outdated knife ban.