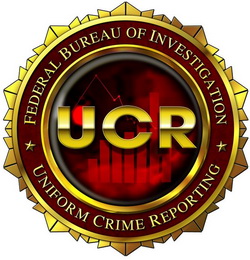 As efforts to enact more restrictive and confiscatory gun control laws have accelerated recently, many knife owners feel like they are being thrown under the bus by one argument presented by pro-Second Amendment supporters.

Recent headlines make the point that the latest FBI Uniform Crime Reporting Program report (ucr.fbi.gov/crime-in-the-u.s/2018) shows a continuing trend of more people murdered with knives than with rifles (five times as many), even as gun-related murders decrease overall. We get emails and phone calls demanding that Knife Rights do something about this. As if we could…

These are simply the straightforward facts about weapons used in crimes that illustrate the same disconnect from reality by anti-gun activists seeking to ban certain types of rifles that we see from the Brits trying to ban pointed kitchen knives. From our point of view, these facts make the point that we so often make to legislators; bad or mentally ill people will always find ways to murder others. The type of tool misused to do so is irrelevant. 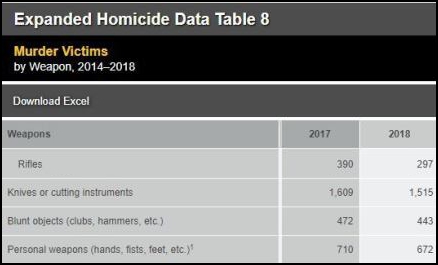 In Britain’s “knife crime” epidemic, easily obtained kitchen knives are the primary weapon used in all-too-common street crimes and violence. In the U.S. it is a different story. We know from substantial anecdotal evidence provided by law enforcement and others that the vast majority of violent crime committed with knives in the U.S. occurs in the home or immediately outside the home. Here in America, domestic violence situations, with knives readily at hand in every kitchen, account for the preponderance of violent crimes using knives, as well as a significant portion of self-defense utilizing a knife.

So, to put a finer point on it, when knives are used to commit a violent crime in the U.S., it’s rarely done with the sort of EDC knives we carry, regardless of type, size or opening mechanism. And, at least in the U.S., so far we don’t see calls to ban kitchen knives or only allow blunt kitchen knives and I don’t anticipate that happening in the foreseeable future.

As to our EDC knives, despite that feeling that we, knife owners, are being thrown under the bus, the fact is that Knife Rights has been very successful in gaining legislative support from many of the same groups and legislators that favor more gun control. These statistics don’t change anything in this regard. We continue to repeal these longstanding and irrational bans with their support.

Knife Rights efforts have resulted in 31 bills enacted repealing knife bans in 22 states and over one hundred cities and towns since 2010.  Support Knife Rights and our constitutional rights and freedoms with a donation to forge a Sharper Future for all Americans™.